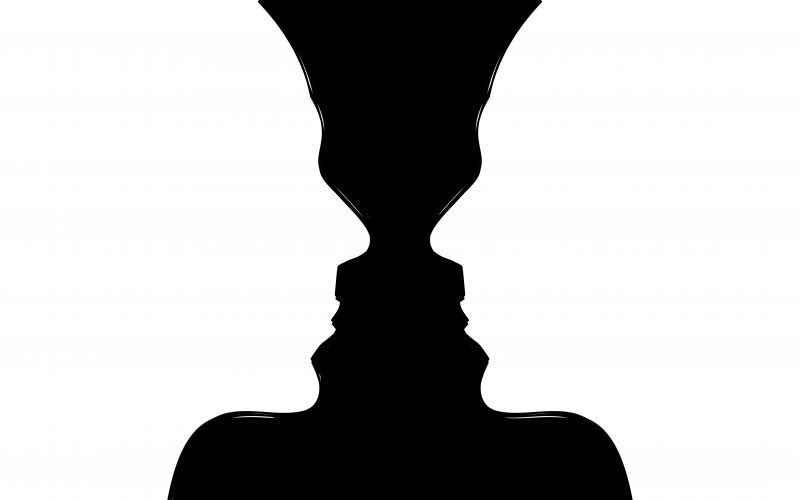 The Bene Gesserit women in Frank Herbert’s science fiction novel Dune (1965) are detail-oriented to the extreme and possess extraordinary perceptive abilities. But they can also take a bird’s-eye view of life through their access to ancestral memories via Other Memory. This article explores these aspects of their skillset, as the fourth in a multi-part series on the Bene Gesserit’s abilities. (See part 1, real-world influences; part 2, nerve and muscle control; and part 3, schooling in espionage and politics.)

The Study of Perception

The characterization of the Bene Gesserit reflects Herbert’s interest in psychology, particularly the study of perception and Gestalt principles. Perception can be defined as the ability of an animal to detect structures and events in its surroundings, which requires that the animal be sensitive to energies that will give it information about its environment. [1] Energies include:

Most animals rely on having vision to navigate their world, although some animals, such as bats and dolphins, can move quickly without needing to rely on sight. [1]

The psychological study of visual perception has its origins in the philosopher Descartes’ study of optics in the 17th century. In the early 1900s, psychologist J. B. Watson popularized behaviorism, which focused on observable behaviors rather than concepts like sensations or perceptions that seemed too subjective to study. [1]

Meanwhile, Gestalt psychologists argued that perception needed to be examined beyond just looking at individual components of discrete sensations. Their investigations led to the term ‘Gestalt’ being identified with the idea that ‘the whole is greater than the sum of its parts’. They studied how humans organize what they see according to certain patterns to make sense out of it, and they came up with organizational principles about how some perceptions are more likely to happen than others. [1]

Here is one example: if someone looks at the following figures, they are likely to say that one is a hexagon and one is a cube.

However, the hexagon can also legitimately be viewed as a cube, but it takes more effort to see it that way.

Here is an example of the Gestalt principle of closure, where the eye fills in the lines that are missing and sees a triangle.

More recent studies of attention and perception have looked at how “Short-term consolidation processes involve the ‘gluing’ of perceptual features (e.g., shape, contour, edges) into a Gestalt so that an object or scene enters visual short-term memory and is available to awareness”. [2]

During the 1960s, the so-called cognitive revolution prompted psychologists to focus more on perception, attention, and memory, and how sensory information might be processed in humans in a similar way as it is in computers. [1] Computer ‘vision’ has since advanced rapidly to the point where machine learning enables recognition of faces and other objects in digital images.

What Herbert explores in Dune is how humans could train themselves to perceive details that might normally be overlooked or disregarded but in fact hold valuable information. It is implied that such details could be combined to provide a more complete picture than merely looking at their individual components in isolation. This would then give an advantage to the perceiver.

We first learn of the Bene Gesserit’s training in the perception of tiny details through the description of Paul observing his mother, Jessica, as they prepare for him to undergo the test of the gom jabbar:

He studied the tallness of her, saw the hint of tension in her shoulders as she chose clothing for him from the closet racks. Another might have missed the tension, but she had trained him in the Bene Gesserit Way – in the minutiae of observation. [3]

Here Paul is perceiving the slightest of changes in his mother, just a hint of tension that shows she has some anxiety over his upcoming test. As we learn more about how well the Bene Gesserit usually mask their emotions, this betrayal takes on added meaning by showing just how concerned she actually is.

Trained to observe themselves, others, and their environment with such precision, the Bene Gesserit are able to collect detailed information that they can analyze alongside their existing knowledge, which is also extensive. This gives them the advantage of having more data to work with, even more than the data-processing Mentats.

We learn that Jessica has inspected the rooms in the Atreides’ new home on Arrakis along with the Atreides’ trusted Mentat, Thufir Hawat, and we see her inspecting the wet-planet conservatory: “Jessica sent herself through the quick sense-clearing regimen, began a methodical inspection of the room’s perimeter”. [3] When Paul arrives at the room after narrowly escaping an assassination attempt, he too “studied the room with a searching intensity that she recognized – the B.G. Way”. [3] While looking out the window at the sunset, she sees a twinkling star that is too rhythmic. After studying its pattern, she realizes that it must be Harkonnen agents using light signals out on the cliffs since they know other communication methods will be monitored by the incoming Atreides family. For the Bene Gesserit, essentially everything they see they analyze and fit into a picture of potential motives and dangers.

Jessica’s abilities are on clear display for the reader for an extended period during the dinner banquet scene, where she is on high alert assessing the guests while playing the part of a gracious hostess. She perceives people’s facial expressions and emotions and uses this knowledge to analyze how everyone fits into the political order of Arrakis. Jessica’s ability to perceive that the Guild Bank representative is a Harkonnen agent relies on her “trained awareness” of things like speech patterns and voice inflections. This is more than simply an exercise in politics, since the Atreides knew before coming to Arrakis that it was likely a trap set by their political enemies and need to know whom they can trust among all of the new, unfamiliar faces.

In fact, the banquet scene is actually very much centered on Jessica’s thoughts and analysis of the situation, rather than those of the male Atreides characters of Leto and Paul. Herbert uses active verbs to show that she is constantly picking up on cues, analyzing them, and responding in a way that does not betray her insights. For example, in one exchange with Liet Kynes, the verbs give a clear indication that her senses are actively working to better understand this cryptic figure: “She heard the testing quality in his voice” and “sensed a hidden message” and “watched the play of emotion on his face”. [3]

In Jessica and Paul’s encounter with the Fremen in the desert, only Paul has the “trained eyes” that can see his mother’s “readiness for battle, the waiting whipsnap of her muscles”. [3] The Fremen leader Stilgar is thus caught unawares when she outmaneuvers him in combat and holds him “helpless in front of her” (as discussed in a previous article’s section on hand-to-hand combat). [3]

And when Paul secretly drinks the poisonous Water of Life and goes into a coma, it is only Jessica who can tell that he is still alive. She tells Chani, “He is unconscious…The processes of his life are so low that they can be detected only with the most refined techniques. I shudder to think what could have happened had I not been the one to discover him. He appears dead to the untrained eye.” [3] Her perceptive abilities are key to knowing that her son lives, and her authority as a Reverend Mother enables her to prevent the Fremen from taking his water for the tribe. 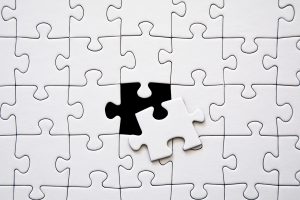 Herbert even specifically uses variations of the term ‘gestalt’ in the novel to signal that someone is gathering details and piecing them together as part of their perception of their surroundings. Reverend Mother Gaius Helen Mohiam studies Paul “in one gestalten flicker” and sees the markers of his ancestors in the different features of his face. [3] Jessica and Paul are “gestalting the room” where Liet Kynes has taken them; they see the workbench, glowing dials, wires, and glass; smell the ozone; and hear the noises of machinery at work. [3] These examples link directly to concepts in Gestalt psychology, clues for those familiar with them. But even for those who aren’t, the scenes show us how the Bene Gesserit-trained have the ability to quickly register sensory data, piece it together and analyze it, and then use their conclusion to proceed with their conversation and movement.

The Bene Gesserit’s access to their ancestral memories through Other Memory is related to their perceptive abilities, because to become a Reverend Mother they must first be able to turn their awareness to the atomic level and discover the source of a poison in a spice drink in order to neutralize it and undergo a psychic connection with their ancestors. When Jessica undergoes the Water of Life ceremony among the Fremen, we see her awareness shrink and see her identifying and then moving atoms around inside her body:

She began recognizing familiar structures, atomic linkages: a carbon atom here, helical wavering … a glucose molecule. An entire chain of molecules confronted her, and she recognized a protein … a methyl-protein configuration…she moved into it, shifted an oxygen mote, allowed another carbon mote to link, reattached a linkage of oxygen… hydrogen. [3]

However, after she psychically connects with the dying Reverend Mother Ramallo, her awareness quickly goes from small to big as it expands to encompass all of the memories of Ramallo and her female ancestors: “The experiences poured in on Jessica – birth, life, death – important matters and unimportant, an outpouring of single-view time”. [3] 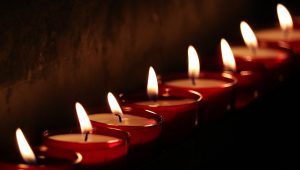 Ramallo’s memory becomes connected to Jessica’s and gives Jessica “a view down a wide corridor to other Reverend Mothers until there seemed no end to them”. [3] Jessica thus gains immediate access to the history and struggles of the Fremen over previous generations, as well as the experiences and emotions of individual Fremen. This represents a historical treasure-house of wisdom, all safely stowed within her own consciousness. It provides her with even more knowledge with which to analyze and interpret data and make informed decisions.

Although Other Memory does not play a significant role in Jessica’s characterization after this particular scene, in subsequent novels in the Dune series it becomes a more prominent aspect of the Bene Gesserit’s behavior and operations. In Dune, it is rather Jessica’s young daughter, Alia, who is marked by having been exposed to ancestral memory in the womb and thus being much older in her mind than her body. Alia remembers the “old Reverend Mother. She was…trading lives with my mother… everything…and I was there with them, seeing it all…everything. And it was over, and I was them and all the others and myself…only it took me a long time to find myself again. There were so many others.” [3] Her perception of the world is necessarily influenced by having been awoken to consciousness before even being born. And this scene foreshadows Alia’s inability in subsequent novels to hold on to her own identity, since she was not given time to establish it before being bombarded with the memories and identities of previous generations.

As readers, we get the impression that the Bene Gesserit are always on alert – looking, noticing, processing, analyzing. Their ability to notice fine-grained details is then complemented when they become a Reverend Mother and gain access to a bird’s-eye view of life, filtered through the memories of their female ancestors in Other Memory. These skills provide them with a wealth of data to keep them informed and aid in their decision-making, even more than the data-driven Mentats.

The next article will examine one of the Bene Gesserit’s most noteworthy abilities – the Voice – along with the related Truthsaying, and how these reflect Herbert’s interest in the power of language to shape and control people.

[2] Todd, Rebecca M., and Adam K. Anderson. “Through the Lens of Emotion: The Role of the Amygdala in Emotionality, Arousal, and Attention to the Visual World.” In Social Psychology of Visual Perception, edited by Emily Balcetis and G. Daniel Lassiter, Taylor & Francis, 2010. Page 152.