Imagine you’ve somehow entered the science fiction universe of Frank Herbert’s Dune and you’re on the planet Arrakis… What does it smell like? What does the precious spice or ‘melange’ on which so many things depend taste like? 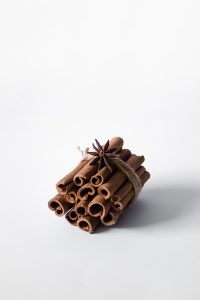 At least ten references to the odor or taste of cinnamon appear in the book. When Duke Leto and Paul are checking out the spice mining operations and open the door of their ornithopter, “Immediately, their nostrils were assailed by the odor of cinnamon—heavy and pungent.” When a sandworm pursues Jessica and Paul in the desert, “Cinnamon yelled in their nostrils.” Infused with melange, coffee and the Water of Life also smell like cinnamon.

So what better way to immerse yourself in this other world than by enjoying your very own delicious cinnamon ‘spice cookies’?!

How I came to associate these cookies with Dune was when I was first teaching the novel at university. I wanted to give the students some kind of sensory experience, because the world-building is such an important part of the book and its success. Since I couldn’t manipulate the temperature of the room and crank the heat up to mimic a desert environment, I settled for baking a type of ‘snickerdoodle’ cookie with lots of cinnamon.

I individually wrapped cookies in snack-size plastic food bags and distributed them to the students at the start of class, telling them that they didn’t have to eat them but that we would be using them later on. So they were curious about what these were for, and the cinnamon smell was quite potent through the bag, which helped create an interesting atmosphere even before I asked them to do anything.

After discussing the rise of drug culture in the U.S. in the 1960s—and getting some skeptical looks about the cookies—I asked them to open the bag and take in the smells, and to imagine what it would be like to live on a planet surrounded by that smell all of the time, in the air, in food and drink. I then suggested some questions that Herbert may have wanted his readers to consider regarding drugs and the ethics surrounding them.

Later feedback on the cookies was very positive and they talked about them long after that class, so I hope that the olfactory response helps them to remember the novel and some of the themes in this world-building classic.

Until we have widespread Smellovision, these cinnamon ‘spice cookies’ can help us fill the gap when we’re reading or watching Dune! 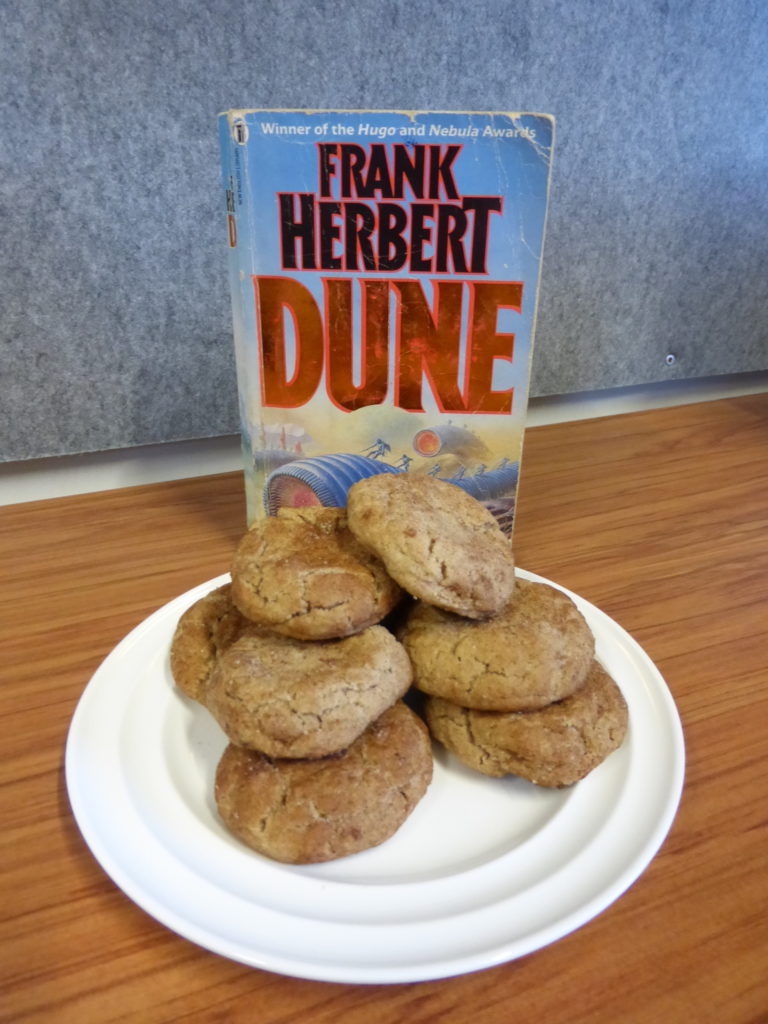 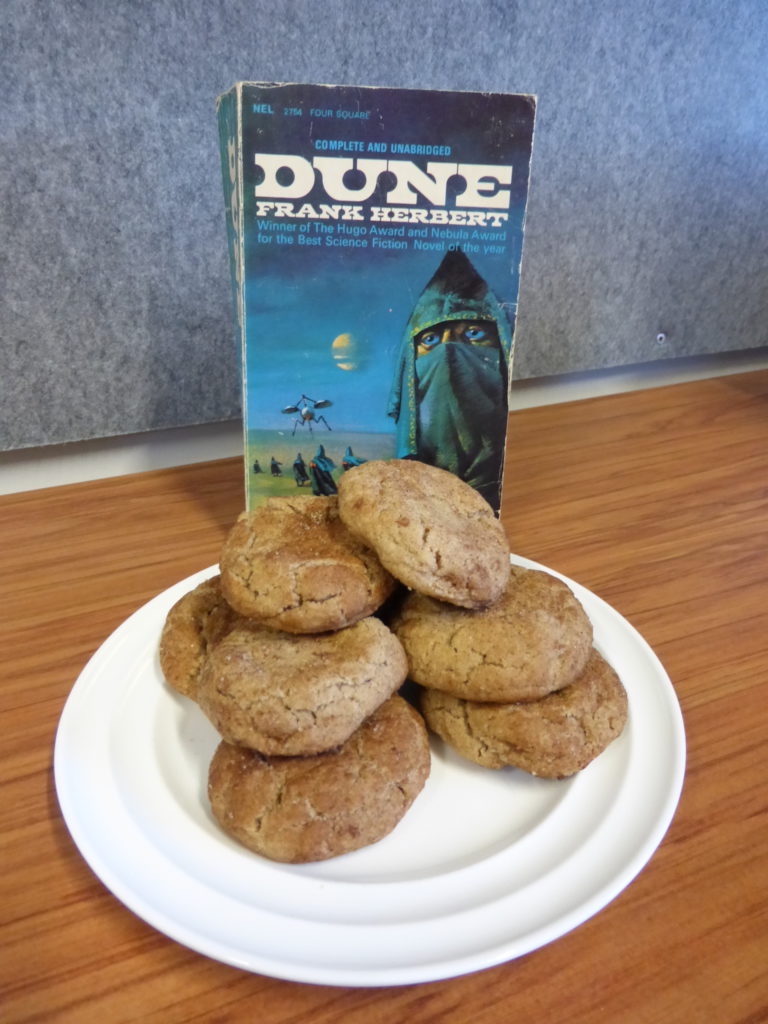