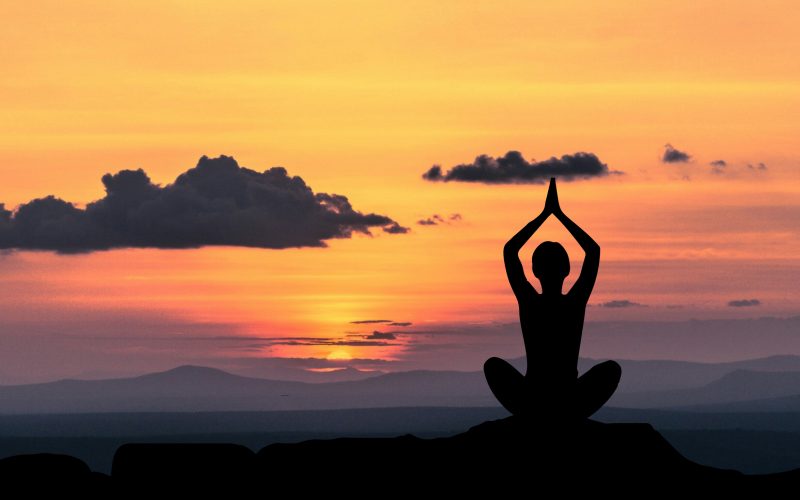 Suspending oneself in hibernation, controlling pregnancies, and besting others in hand-to-hand combat are just some of the bodily abilities the Bene Gesserit women in Frank Herbert’s science fiction novel Dune (1965) unlock through their rigorous prana-bindu training. This article explores these aspects of their skillset as the second in a multi-part series on the Bene Gesserit’s abilities.

The foundation of the Bene Gesserit’s self-determination is their training in prana-bindu, which gives them precise control over every nerve and muscle in the body. The Sanskrit origin of these terms points to a connection with Eastern philosophies and traditions around the mind-body connection emphasized by practitioners of yoga and other disciplines. Before the 1960s counterculture again popularized Eastern spiritualism in the U.S., Herbert drew on these traditions to give an entire group of women an enviable mastery of the body.

As critic Timothy O’Reilly sees it, Herbert was ahead of the times in predicting that Eastern disciplines and biofeedback would become popular in the West. Herbert chose to incorporate “yoga, Zen, a kind of internal body awareness” into the characterization of the Bene Gesserit. [1] He made these foundational to prana-bindu training, which provides a kind of empowering “Yogic inner control” that would become attractive in real-world popular culture. [1]

Indeed, in the early 1960s, as Herbert was writing Dune, an institute was founded on the Big Sur coast of California that would have a significant influence on American psychology and the spread of new spiritual practices. The Esalen Institute  “connected humanistic psychology and alternative spirituality and normalized spiritual practices like vision quests and yoga as pathways to better mental and physical health”. [2] Guests learned about Asian religions and ways of integrating the mind, body, spirit, and psyche. [2] They might mingle with people like Beat poet Allen Ginsberg, who was “one of many well-known American intellectuals who became an informal ambassador for the Institute during its first decade” and himself championed an Americanized form of Zen Buddhism. [2]

Other factors contributing to the popularity of new practices like meditation were the emigration of Zen Buddhist teachers to the U.S. beginning in the 1940s and promotional efforts by Indian instructors like the famous Maharishi Mahesh Yogi, who captured the attention of The Beatles and other celebrities. [3]

Scientific interest in the mind-body connection was also growing. The first academic course in psychophysiology — the scientific study of the relationship between physiological and cognitive processes — was offered at Harvard University in 1965. There was interest in meditation and biofeedback — how a person can change their behaviors by tuning in to feedback from their body. [3] Biofeedback is now used as a part of mindfulness training by clinical psychologists and others, who measure things such as breathing, heart rate, temperature, and skin conductance. [4]

Meanwhile, yoga would go on to become a massive component of the health and wellbeing industry in the U.S. Yoga can be defined as the “enormous body of spiritual values, attitudes, precepts, and techniques that have been developed in India over at least five millennia”, though it has taken on different meanings after being translated or adapted to new contexts. [5]

For Herbert, it was enough to take two Sanskrit words, prana and bindu, to name aspects of the Bene Gesserit’s training and thus form a link with yogic practices. Prāṇa means “breath” and Prāṇāyāma means “breath control in yoga”. [6] Prāṇa can also be defined as “life-force” and used to refer to the senses or the whole human being. [7] Bindu means “drop” or “particle” and “in a general sense it is the expression of the highest consciousness” in the universe. [8] It is a complex term with a variety of meanings but does have some associations with yoga. Herbert redefines these terms in his story to more closely connect them with the body:

Thus, a core part of the Bene Gesserit’s training is associated with Eastern traditions, although the organization itself is modeled after the Catholic Church (more on the Catholic connection in future articles). Through the characterization of Jessica, we learn some details of prana-bindu training and that it enables the Bene Gesserit to exercise both internal and external forms of control.

Prana-bindu is only explicitly mentioned a few times in the novel, but this desert survival scene is enough to give us a hint of how significant it is. While traveling by moonlight in the deserts of Dune, Jessica is caught in a sandslide and Paul realizes he has a small window to save her:

He dropped the pack, hurled himself up the slope, scrambling, digging, throwing sand like a wild man. “Mother!” he gasped. “Mother, where are you?”  … She won’t smother immediately. She’ll compose herself in bindu suspension to reduce her oxygen needs. She knows I’ll dig for her. … He dug faster, freed her shoulders. She was limp beneath his hands, but he detected a slow heartbeat. … Gently, he lowered her to the sand, uttered the word to bring her out of the catalepsis. She awakened slowly, taking deeper and deeper breaths. [9]

This brief incident reveals that one of the Bene Gesserit’s abilities is to voluntarily go into hibernation, stilling their breath in order to preserve themselves. Such an act points to extraordinary control of the breath and the body, and when Jessica awakens, she is calm and collected, as if the experience were nothing more than an inconvenience.

Meanwhile, Paul has lost their pack with its spare water and stilltent, a potentially deadly mistake in this harsh environment. After they find a clever way of retrieving it, she reminds him that he needs more lessons to be able to better control himself:

“Today you panicked,” she said. “You know your mind and bindu-nervature perhaps better than I do, but you’ve much yet to learn about your body’s prana-musculature. The body does things of itself sometimes, Paul, and I can teach you about this. You must learn to control every muscle, every fiber of your body. You need review of the hands. We’ll start with finger muscles, palm tendons, and tip sensitivity.” [9]

Her tone is that of a mother to her son but also a teacher to her pupil. She wants him to learn how to master his reactions through additional prana-bindu lessons because it may be the difference between life and death, both for himself and those around him.

With this more detailed understanding of Bene Gesserit bodily control, we can then speculate that it must be related to their ability to control reproduction, which is hinted at in an earlier chapter. Reverend Mother Gaius Helen Mohiam is upset with Jessica for disobeying the Sisterhood and thinks, “If only she’d borne us a girl as she was ordered to do!” [9] Mohiam emphasizes this later when she tells Jessica, “You were told to bear only daughters to the Atreides.” [9] There is no explanation of how this would be accomplished. Both characters take it for granted that this kind of control over pregnancy — down to choosing to have a girl or boy — is possible and indeed expected by the Bene Gesserit.

Later, we see another Bene Geserit, Lady Margot Fenring, discuss her plan to deliberately conceive a child with Feyd-Rautha Harkonnen, who possesses a valuable bloodline. Her confidence that she can do so without any trouble reinforces the characterization of the Bene Gesserit as being in control of their reproductive bodies.

By the time we encounter Jessica becoming “aware of a psychokinesthetic extension of herself” as a tiny conscious mote after drinking the spice drug known as the Water of Life, we know she has the skills to handle the dangerous situation:

It was a soundless mental sigh within her as she saw the nature of the poison. With her psychokinesthetic probing, she moved into it, shifted an oxygen mote, allowed another carbon mote to link, reattached a linkage of oxygen … hydrogen. The change spread … faster and faster as the catalyzed reaction opened its surface of contact. [9]

Here she has directed her body to neutralize the poison and make a catalyst that will change the rest of the Water of Life into a harmless drug that the Fremen can partake of. Later, we see her do this transformation effortlessly — with one sip of the drug on her tongue, she “found her body rallying, converting the poison almost automatically”. [9]

What these experiences show us is that the Bene Gesserit have a much-heightened awareness and control over their bodies, even to the point of altering the substances they ingest. This not only allows Jessica to become a Reverend Mother through this transformation ceremony, but presumably provides women with protection against hostile vectors such as poison.

The Bene Gesserit also use their skills in prana-bindu to exert control over external parties. Although Margot Fenring is confident she can safely conceive with Feyd-Rautha Harkonnen, she still considers him dangerous. In case the Bene Gesserit need to gain control of him in the future, she plans to “plant deep in his deepest self the necessary prana-bindu phrases to bend him”. [9] When he faces off with Paul in a fight at the close of the novel, Jessica suspects he has been conditioned in this way and tells Paul about this advantage: “If this one’s been prepared, as I strongly suspect, that word uttered in his ear will render his muscles flaccid…” [9] Though Paul later refuses to use the word when he is losing, his outburst that he will not say it ends up distracting Feyd-Rautha enough for Paul to find a weakness. Thus, the Bene Gesserit advantage still enables him to succeed in the end.

Although we only see Jessica use her fighting skills on one occasion, they show an impressive ability to quickly react to a situation and take out an opponent in the blink of an eye, without needing a weapon. After realizing that Stilgar and his troop plan to dispatch her and only take her son into their care, she attacks Stilgar and renders him incapacitated:

A turn, a slash of her arm, a whirling of mingled robes, and she was against the rocks with the man helpless in front of her. [9]

Herbert’s description here is again understated, not providing us with a detailed fight sequence or explanation of how she was able to best Stilgar. But, nonetheless, her attack shows why the Bene Gesserit are such adept fighters: they use their body as a weapon and can succeed even against armed opponents. Even after an exhausting period in the desert, and while newly pregnant, she can prime her muscles to “overr[i]de all fatigue, flo[w] into maximum readiness without external betrayal”. [9]

Stilgar calls this the “weirding ability of battle” and is impressed that she could “maste[r] an armed Fremen”. [9] She bargains with him to provide safety for herself and her son if she teaches him this “weirding way”, and this term reminds us of the Way of the Bene Gesserit (more on the connection with the Way in Taoism in another article). [9]

The Bene Gesserit’s training in prana-bindu provides them with a level of control over areas such as reproduction, body chemistry, and hand-to-hand combat that is unparalleled in the Dune universe. It lays the foundation for their high degree of self-determination and may lead us to wonder whether these abilities will one day become possible in the real world with more advancements in the study of the mind and body.

The next part in this series on the Bene Gesserit’s abilities will explore their skills in languages, politics, and espionage that enable a woman to be a type of agent in this secretive organization.

Check out my review of the new book Discovering Du

Another book announcement! I'm the 1st chapter in

My next book on #Dune releases soon! Join a virtua