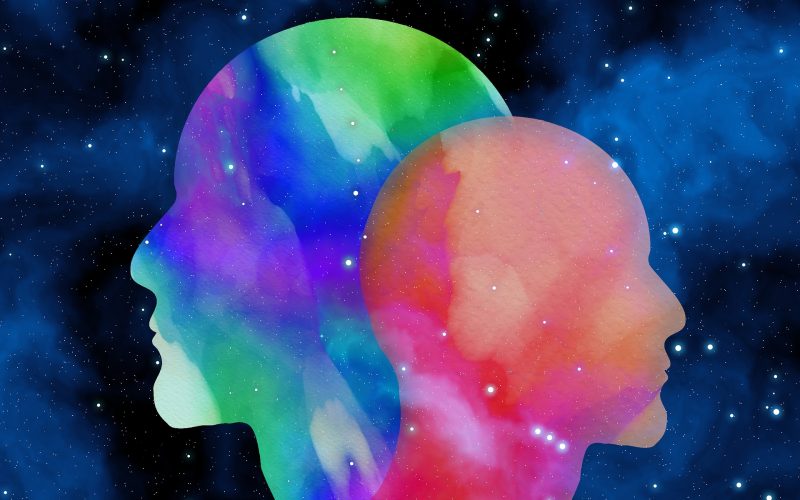 How did Frank Herbert use his research into social sciences such as history, psychology, and linguistics to develop the world of Dune? Although Dune has been heralded as a world-building masterpiece, there has been little exploration of how he crafted the novel in a way that downplays technology and emphasizes the human mind and body.

What follows is a summary of the key points in my recently published academic article on this topic. It discusses how the Spacing Guild, Mentats, and Bene Gesserit are shown as groups that seem necessary in the wake of the Butlerian Jihad and banning of thinking machines, which forced humans to develop themselves rather than rely on external devices. The main thread of the article is that Herbert’s use of the so-called ‘soft’ sciences in the characterization of these groups, along with the medieval setting, proves that a focus on the human can lead to the creation of an interesting and believable world. The article is titled “The Softer Side of Dune: The Impact of the Social Sciences on World-Building” and appears in the edited collection Exploring Imaginary Worlds: Essays on Media, Structure, and Subcreation.

Dune can be viewed as a bridging science fiction text that blends ‘hard’ and ‘soft’ sciences. According to the definitions in The Encyclopedia of Science Fiction, hard science fiction includes stories that involve attention to scientific principles and feature computers, physics, space flight, spaceships, and technology, while soft science fiction includes stories that focus on social sciences such as anthropology, ecology, linguistics, perception, psychology, and sociology. Dune centers on the desert planet Arrakis and shows people using spaceships to travel, but the latter is not explained in any significant detail. Though there are various technologies mentioned, they are usually not the focus. Instead, it is the relationship of humans to themselves, each other, and their environment that receives most of the attention. The in-narrative explanation for the downplaying of technology is the historical context and lasting legacy of the Butlerian Jihad, which means that technologies are limited and thus humans have been forced to develop themselves rather than rely on external devices.

In fact, the Butlerian Jihad is not even explained in great detail. It is introduced in the opening chapter during the discussion between Reverend Mother Mohiam and Paul Atreides, but both take it for granted. If we want to know more, we have to flip to the appendices to learn that it was some kind of war against thinking machines that resulted in an edict against their creation. This fictional historical context is important for setting up a foundational theme in Dune: that humans need to be prioritized over machines or other technologies.

In a universe that lacks advanced computing, it makes sense that humans would have tried to step up to the task of piloting ships through space. Enter the Spacing Guild and its Navigators. Mohiam describes it as a “secretive” group that “emphasizes pure mathematics” and maintains a “monopoly on interstellar transport” (Dune, p. 12, 23). The Guild seized the opportunity to replace machines for interstellar travel and trained its pilots to use the spice to accomplish extraordinary feats. By doing this, though, they became addicted to the spice and have to ensure a steady supply to be able to continue to hold a political grip on the various factions.

The idea that a drug could give someone access to new levels of consciousness aligns with the heightened interest and experimentation in drugs that was emerging in the 1960s in the U.S. College students were experimenting with hallucinogens, psychologists were studying them, and the CIA was hoping to use them to outsmart foreign enemies. Even Herbert had some run-ins with them, although he did not advocate that people use them.

Another group is the Mentats, who fill the role of a ‘computer’ and process data within their minds, rather than needing a piece of technology to run computations. We see both the Atreides and Harkonnen families relying on their Mentats to analyze large amounts of data and make projections about their finances and enemy’s plans. Paul is also being trained as a Mentat, and his Mentat abilities cross over into his prescient ones to make him even more of a superhuman. The Mentats’ abilities can be viewed within the context of the “cognitive revolution” that began in the 1950s and involved an increasing amount of interest in studying the workings and capabilities of the human mind. Psychologists who were tired of looking for a purely behavioral explanation for humans’ actions looked instead into areas such as perception and memory.

This paralleled the development of computers, which were being programmed to process and display information in new ways. There was growing recognition that the human mind was more complex than it had previously been given credit for. But in Dune, rather than outsourcing information processing to a machine, humans have taken the opposite track and developed themselves so they can solve logical problems. Even so, the Mentats are not perfect and have human biases since they are still human. Herbert shows us this most clearly through the character of Thufir Hawat, who mistakenly believes for most of the novel that he knows the identity of the traitor to the Atreides, only to find out at the very end that he was entirely wrong.

Members of the all-female order of the Bene Gesserit possess a wider range of extraordinary abilities than either the Spacing Guild or Mentats. Their role, as Paul guesses in his conversation with Mohiam at the novel’s opening, is to play politics, which they do as concubines, spouses, advisors, and Truthsayers to some of the highest-ranking men in the universe. Their abilities are understated but include being able to tell whether a person is lying, administering the test for humanness, and using the Voice to control others. In addition, they have developed an extremely fine degree of control over their own bodies, which allows them to control reproduction, tap into Other Memory, and succeed in unarmed combat against other highly trained warriors. Herbert gives them these abilities without a technological explanation – these women have succeeded in finding a path to great mental and physical control just using their own research into and training of the human mind and body. This matches Herbert’s interest in psychology, Eastern traditions such as Taoist philosophy, and linguistics. In Dune, he blends elements from Freudian and Jungian psychology, such as the collective unconscious, with techniques such as biofeedback to create the seemingly realistic abilities of the Bene Gesserit. 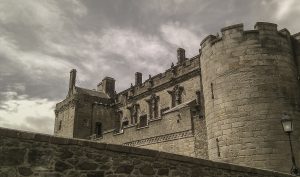 The medieval, feudal-like setting of Dune also helps to make the lack of focus on advanced technology more believable. There are castles, great houses, and emperors. A class system and rules for feuds are mentioned. These remind us of the Middle Ages, or perhaps the so-called Dark Ages, where the popular image, even if not historically accurate, is that this was a time when civilizations sat stagnant. Because Herbert places his creations in this setting, he draws a link with institutions that actually existed and reminds us of the past, rather than a futuristic, high-tech world that other science fiction writers envisioned. Even when Paul uses the advanced technology of atomic weapons at the novel’s close, this is quickly passed over to focus on the charging Fremen on their sandworms.

Time and time again, Dune emphasizes that what is valuable is humans’ development and strengthening of their abilities, more so than technology. The new orders we encounter in the Spacing Guild, Mentats, and Bene Gesserit are examples of this potential, and may make us wonder what other capabilities we might have, waiting to be unlocked.

For the full article, see Kennedy, K. “The Softer Side of Dune: The Impact of the Social Sciences on World-Building.” In Exploring Imaginary Worlds: Essays on Media, Structure, and Subcreation, edited by Mark J.P. Wolf, Routledge, 2020.