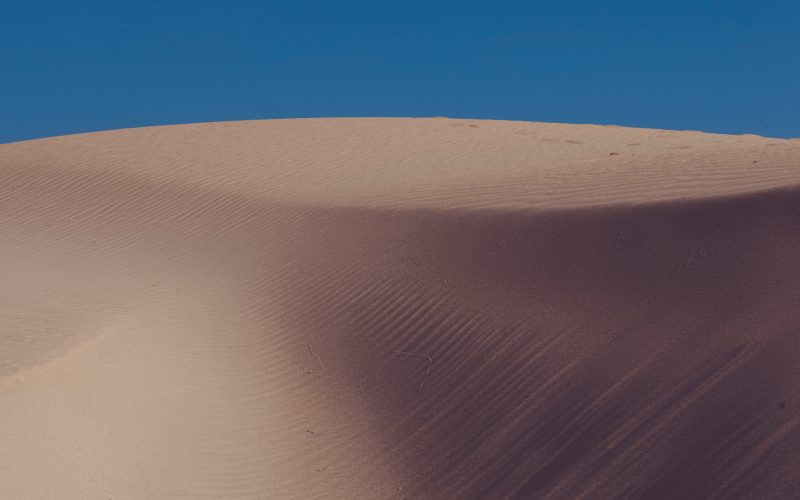 “A beginning is the time for taking the most delicate care that the balances are correct. This every sister of the Bene Gesserit knows.” – From “Manual of Muad’Dib” by the Princess Irulan (Dune pg 3*)

I discovered Dune (1965) because the book had been bothering me. When I was a young teenager, my family bought our first desktop computer, and I started spending more time in the home office. But every time I walked by the row of bookshelves in the room, I saw the orange and brown spines of a set of books sitting by themselves on the highest shelf. I began to wonder: Why would anyone make such an ugly-looking book set? Who would possibly want to read them? Eventually I couldn’t stand it anymore. I pulled the first one down and took a look: Dune by Frank Herbert. Hmm, the back cover blurb sounded interesting. Don’t judge a book by its cover. So I started reading it.

A young hero. His strong and intelligent mother. Political intrigue. Romance and adventure. Moral quandaries. Coming-of-age. And a hot desert landscape so familiar to the one I lived in, but with terrifying giant sandworms and the precious spice, melange.

The ugly book cover had been hiding a gem. I quickly devoured the next books in the six-book series: Dune Messiah (1969), Children of Dune (1976), God Emperor of Dune (1981), and Heretics of Dune (1984), but I was so loathe to finish the experience that I held off reading Chapterhouse: Dune (1985) for a while. Immersing myself in that world brought such satisfaction, to bring it to an end seemed too painful. When the Sci-Fi Channel released a mini-series based on the first book in 2000, I dutifully set up the VHS recorder to record it since it was airing late. But there was no sleeping while Dune was playing in the next room. I sat mesmerized on the edge of the couch, questioning some of the outlandish costumes but soaking in this world come to life on screen. This representation was much closer to my vision than the 1984 film, and did more justice to the female characters.

But although I became an English major during my undergraduate studies, I didn’t have the opportunity to study much popular, contemporary fiction since the curriculum was weighted toward older, more traditional authors in the British and American literary canons. Whenever we did study twentieth-century texts, I was always a little surprised that they could be considered ‘literature’ because I found them largely more interesting and accessible. And frankly, I didn’t realize one could ever study science fiction seriously unless as a kind of novelty.

But when the time came to complete my senior year’s honor’s project – an independent research project where the student writes an extended essay on a topic of their choice – one morning an idea popped into my head: Why not Dune? If I have to spend all this effort, why not choose something I love and get the chance to explore science fiction as I finish my degree?

And that’s where my story as a Dune scholar began.

My focus was on the representation of women, specifically women of the Bene Gesserit Sisterhood (there aren’t actually a lot of non-Bene Gesserit women in the series). I zeroed in on analyzing the Lady Jessica since she captivated me as a stand-out example of a strong female character with a variety of skills who was believable and relatable. I checked out dozens of books from the university library and interlibrary loaned many more in my attempt to contextualize my exploration of her agency (i.e., the ability to exert power or control over oneself and others). She was a concubine, a mother, a fighter, a teacher, an advisor, and someone conflicted about her decisions but fearless in her loyalty to her family. She stood out as unique in a sea of texts that usually assigned women one role or excluded them entirely. The scene in which she reveals some of her power to another member of her household merely by casting her voice a certain way still gives me chills when I read it.

From there, I did a master’s thesis expanding on my research of the first book and looking at different types of Bene Gesserit women’s agency, including religious, political, and embodied. Although I wanted to cover more of the books (especially since very few others have), wordcount limits meant that I didn’t have the space. However, when I finally got to working on my doctoral thesis, I insisted on expanding the coverage to all six books. That meant I could examine the strange changes that occur in the last two books, wherein a rival all-female group challenges the Bene Gesserit’s hold on the universe and these groups’ struggles dominate the narrative. I also had to do much more contextualization and theorization, as well as add more nuances and caveats to my analysis. Yet my argument still remains that the Bene Gesserit are very agential characters in spite of the limitations that exist at times.

When I heard that another Dune film and a television show centered on the Bene Gesserit were being made, I thought it would be a good opportunity for my work to gain some more exposure. Although Dune continues to be a popular text in college and university classrooms, a new film would garner increased attention and bring new fans to the bestselling science fiction novel of all time and, potentially, related scholarship like mine.

But if there’s one thing I’ve learned being in academia, it’s that there is often very little readership or impact of your work outside of the ivory tower unless you make it accessible to a general audience. Things like paywalls, formality, jargon, and hard-to-find access points mean that a lot of what academics produce may be read or cited by just a few other academics. And those are likely people who are researching, teaching, or studying in that specific area, so it is a very select group.

This situation seems especially out of touch with science fiction, which is a popular genre that the academy snubbed for a long time (and still sometimes does). So I thought I would attempt to have it both ways: to still publish essays in traditional academic outlets like books and journals, yet also publish content in the more popular medium of the blog, where the potential impact and level of accessibility are significantly greater.

I believe academic scholarship should be accessible when possible, neither locked away only for the privileged few nor so jargon-filled as to be unintelligible. I have always strived to write clearly and resisted academic pressure to do otherwise; it was a mark of pride for me that my dad could understand my first published journal article analyzing the names in Dune. And I made an open-access version available on my website immediately and on Academia.edu after the publisher’s embargo so anyone could download it (this is known as Green open access).

I also believe scholars should be compensated for their work. It is a mistaken assumption that everyone publishing academic work is a faculty member being paid by a public or private institution to do research. And even if they were, why should the big publishers make billions off of their research by selling it back to their institutional libraries and members of the public? The fact is that many scholars are publishing work while in part-time/adjunct positions, or as graduate students, or as independent researchers. Academia assigns legitimacy via this publication system, so there is always pressure to publish. People outside academia don’t necessarily know or care about the realities of this situation, but it has a large impact on publicly- and privately-funded research and teaching and, ultimately, society. When people assume I am making royalties off of my journal articles, I tell them that I get nothing other than the ‘prestige’ of being published, which never fails to surprise them.

But this is still uncharted territory for me to write about my own work in the public eye, outside of the slow cogs of the academic machine. So it is a challenge I have set to write for a different audience that is interested in the topics I’m interested in (including, but not limited to, Dune), but won’t have to wade through long, formal essays in academic publications to engage with original research. One cannot have fear in such an endeavor, for after all, fear is the mind-killer, right?